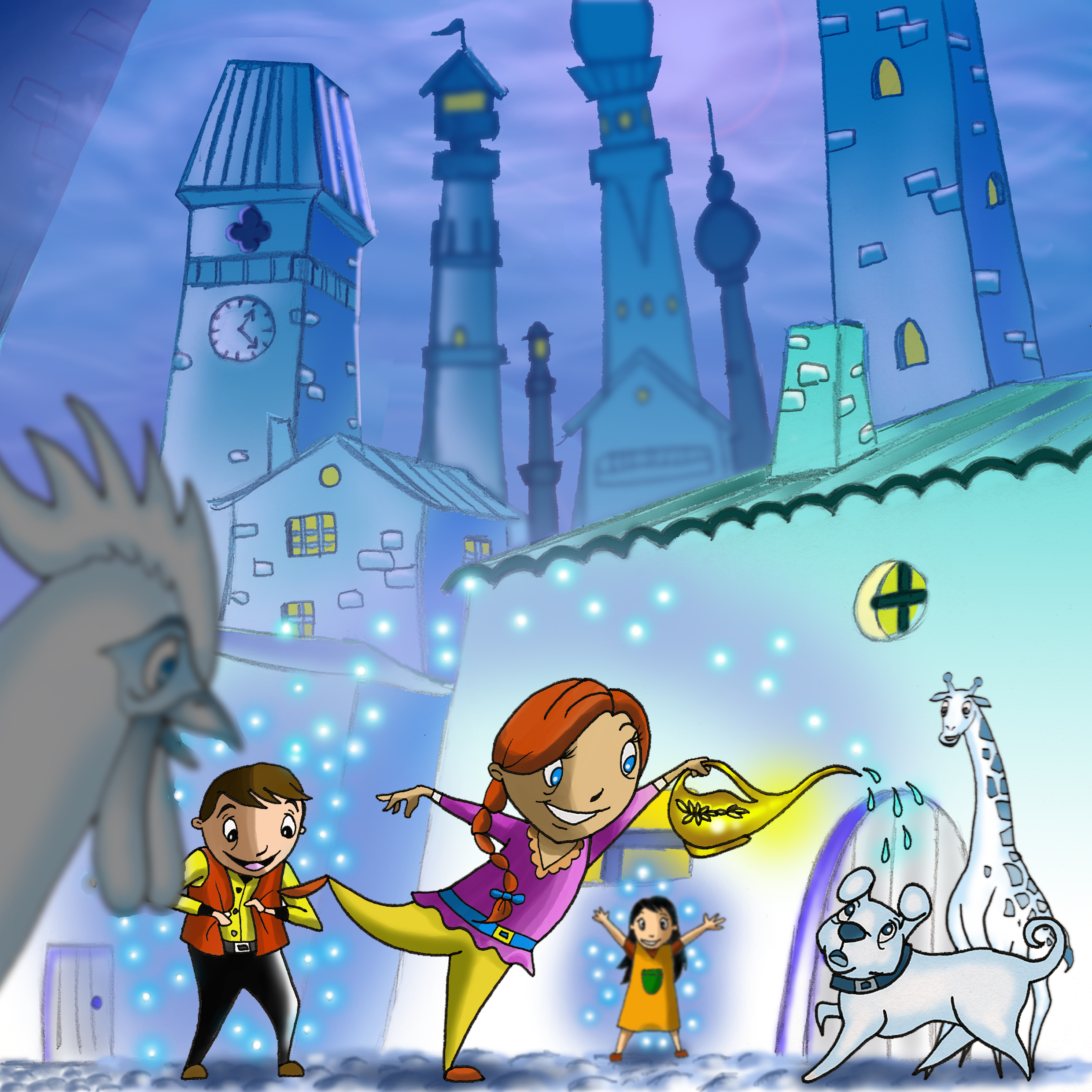 (Illustration based on Jack One thousand towers city tale, performing the words shown below.) 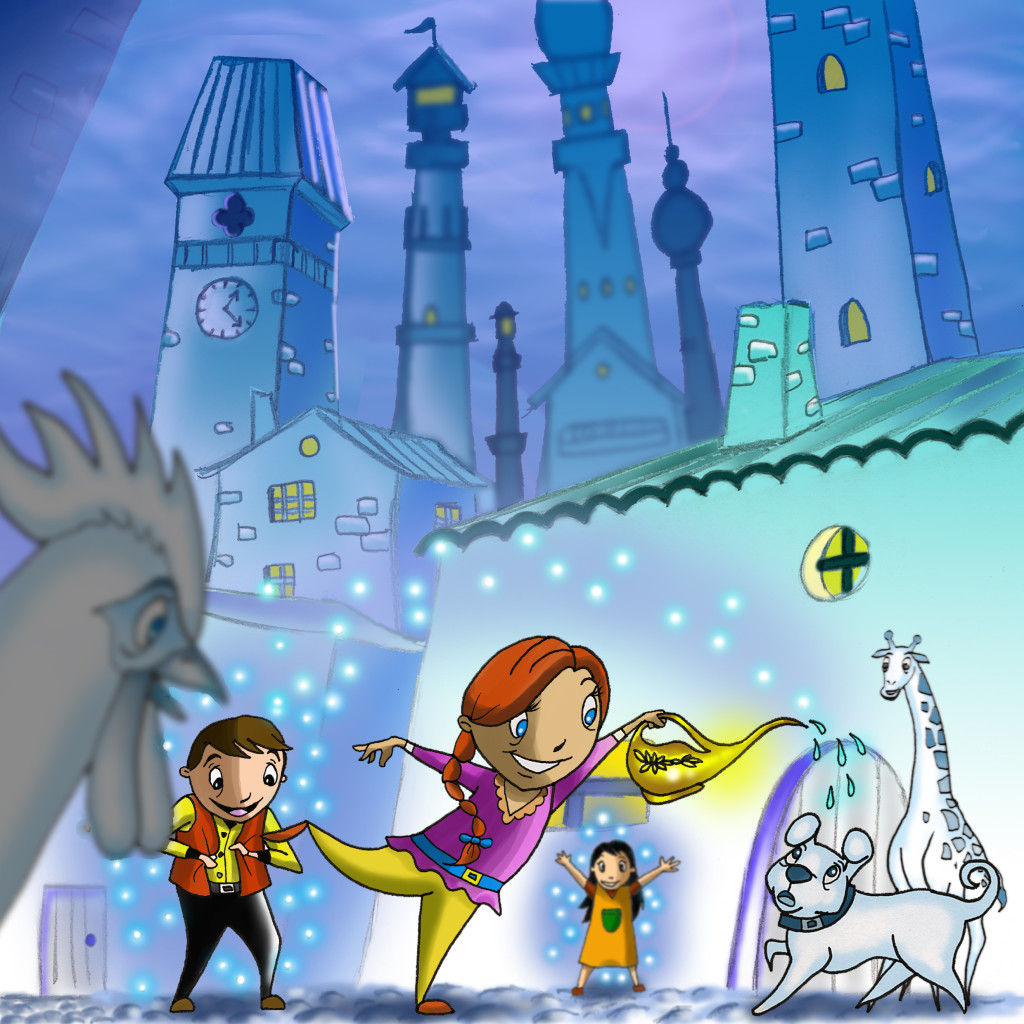 “Without saying anything, the girl went to the street and was throwing water all over the

animals he found. Then they became men and women, boys and girls, depending on what they

were before the enchantment.”

Back to Children’s Artwork 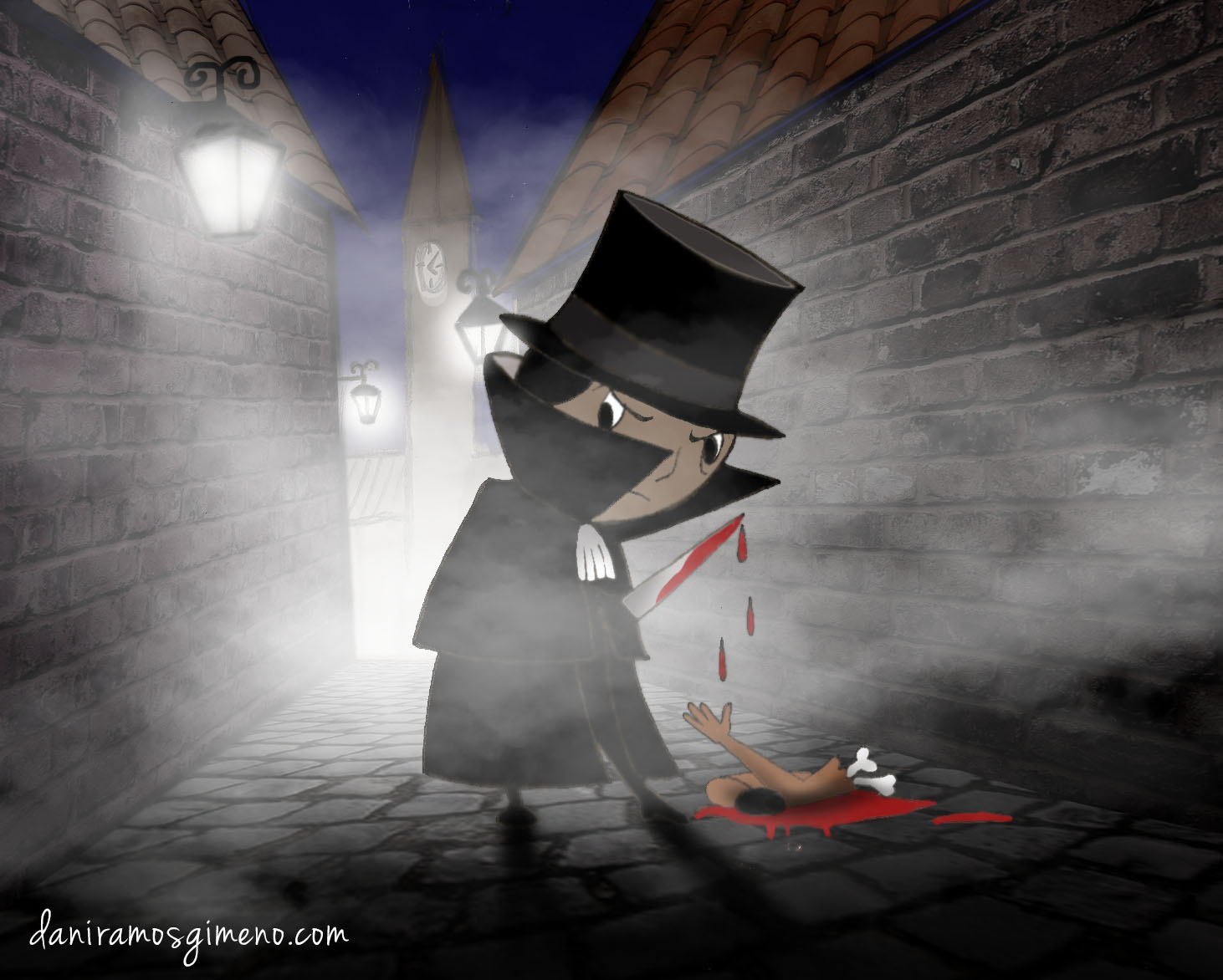 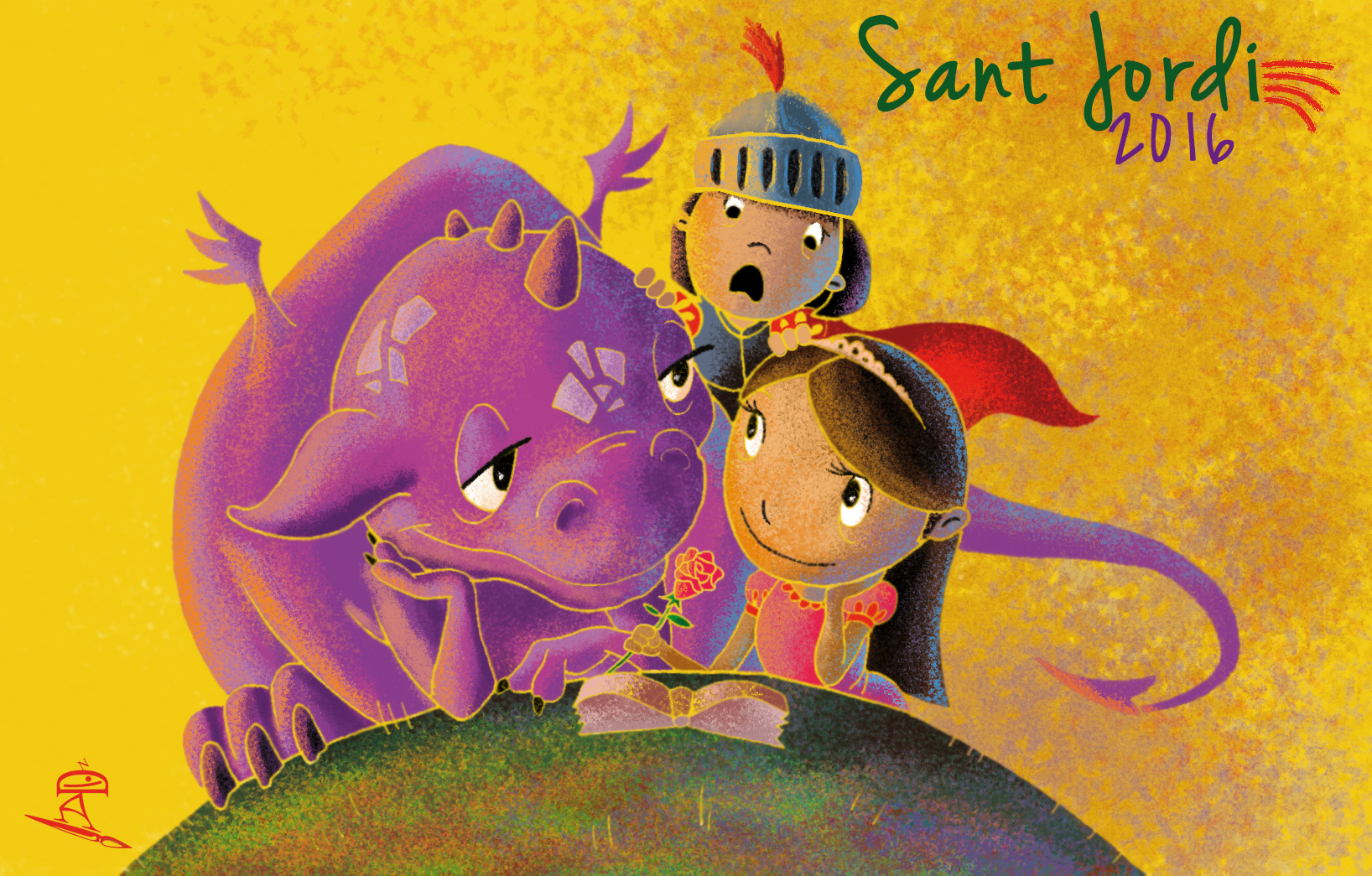 THE LEGEND OF SANT GEORGE 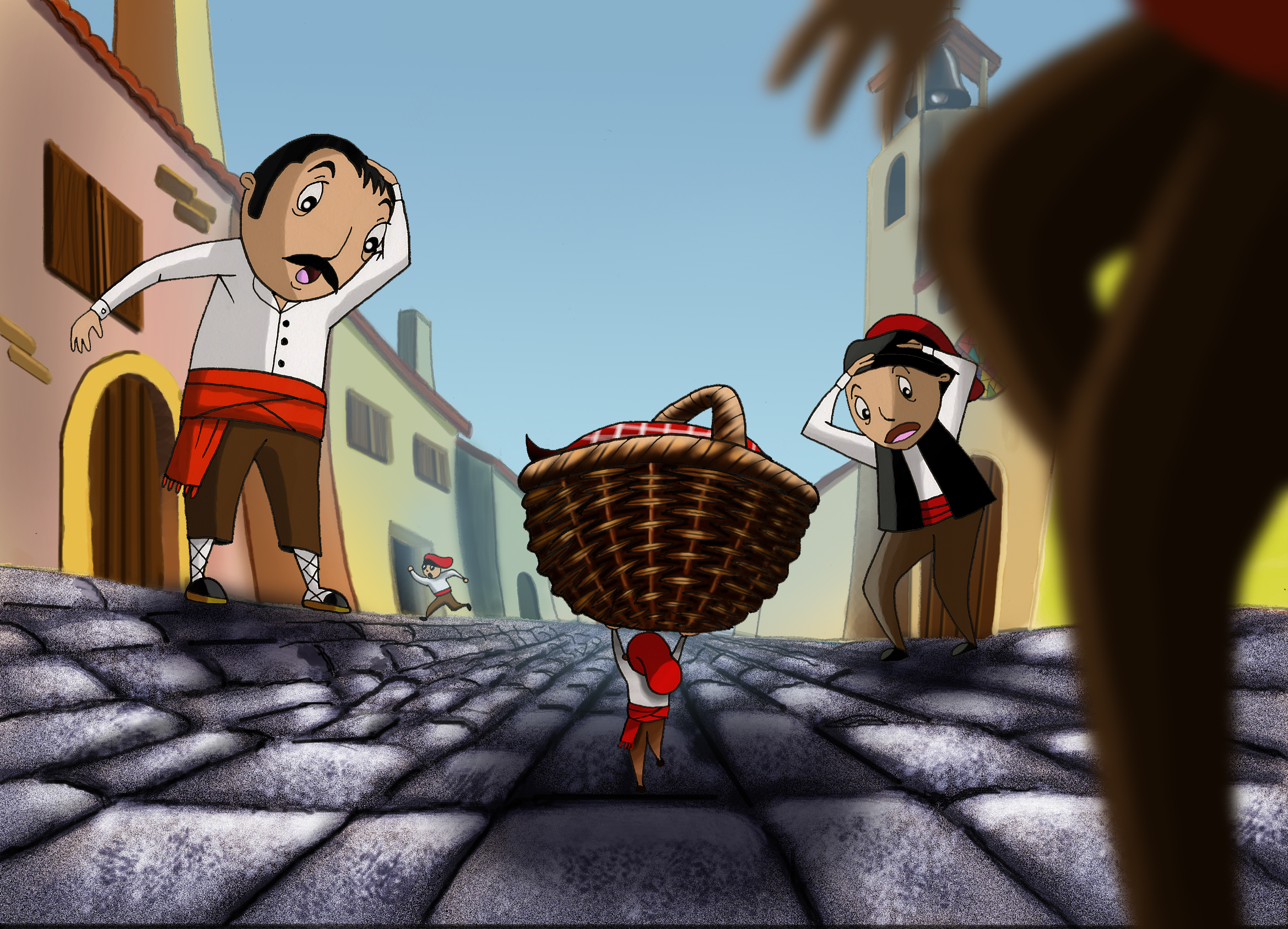